Google Cloud Features A2X for 'Innovative Use of GCP'

A2X has been built to scale up to support accounting for hundreds of thousands of Amazon sellers, including the largest who deliver in excess of 100,000 orders every month.

At A2X we’re incredibly proud of the architecture we’ve built on top of Google’s Cloud platform (GCP) and delighted to have been recognised in a recent Google Cloud case study: “A2X: turns to Google Cloud Platform to help eliminate accounting complexity for Amazon sellers”.

Innovative use of GCP has positioned A2X to scale to support accounting for thousands of the largest Amazon sellers worldwide. 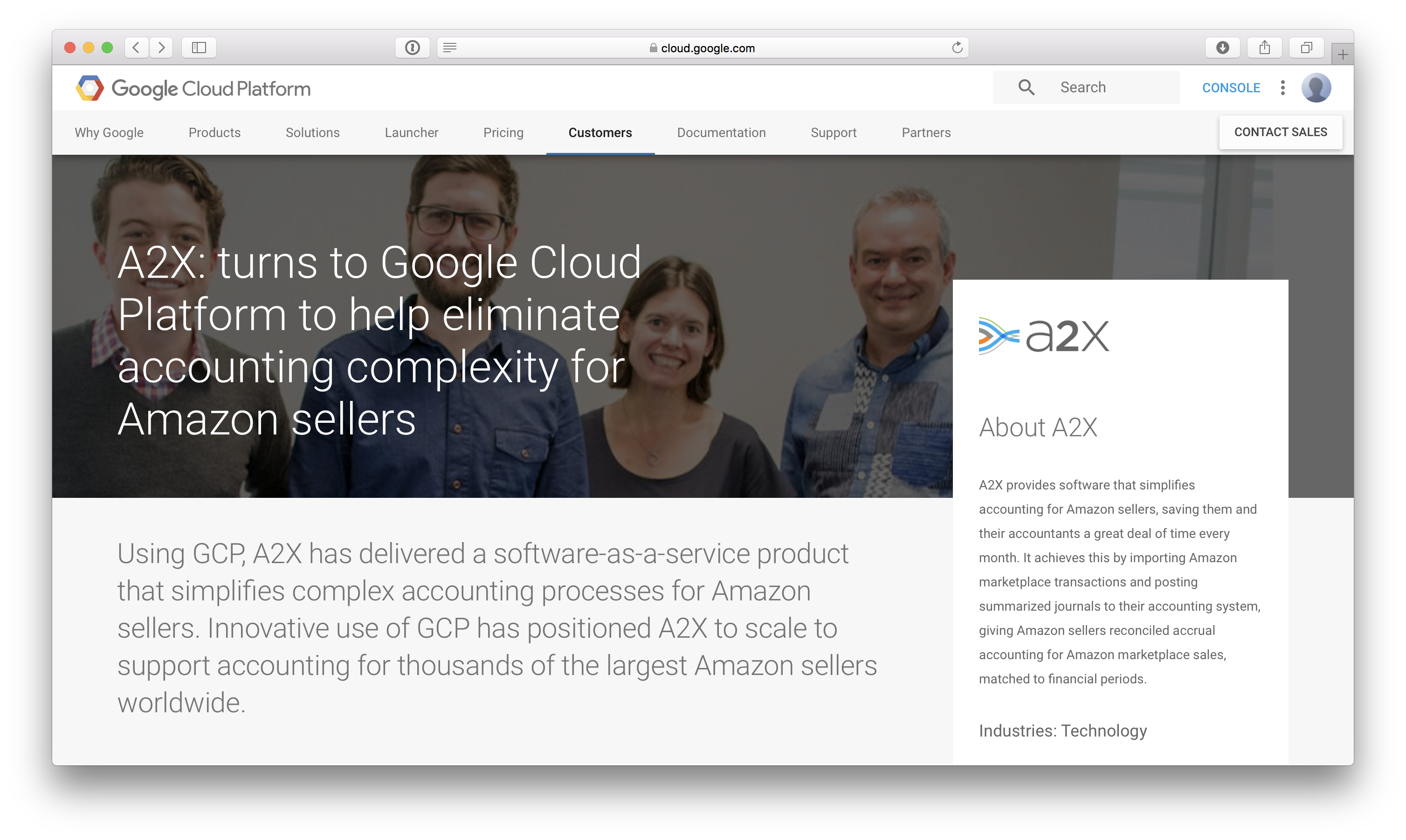 To have Google identify A2X for it’s technical expertise on the Google platform is a huge vote of confidence. The case study puts us in great company with huge businesses like Spotify, Coca-Cola, and Best Buy also being featured by Google:

The case study highlights two aspects of A2X architecture that help with scaling to support many large Amazon sellers:

In addition to the use of Google’s Cloud for delivering the A2X software service, our A2X team uses Google’s GSuite to collaborate with email, documents/spreadsheets and storage tools that enable our remote team to work together across multiple countries and timezones.

The Google platform has supported A2X well and we continue to prototype cutting-edge software solutions using the services Google provides such as BigQuery and Data Studio for next generation reporting and visualization.

Are You an Ecommerce Seller or Accountant? Try A2X Free!

Whether you sell (or support sellers) on Amazon, eBay, Shopify or Walmart, A2X can help simplify your accounting.

Check out how and start your free trial today!

Ready to get started?

Save time, work smarter and get reliable Amazon and Shopify financials you can trust, in a matter of minutes.

The gold standard in ecommerce accounting
for Amazon and Shopify businesses.